Being bilingual, of course, offers lots of advantages. You can speak with more people, and — depending on potential cultural differences — gain valuable additional perspectives. 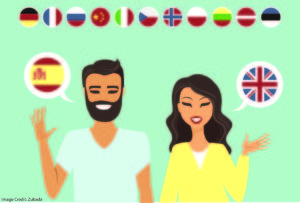 For a long time, researchers have wanted to know: does being bilingual offer additional cognitive benefits? Can it, in a meaningful way, help us think differently, and think better?

Some researchers — including my grad-school professor Gigi Luk — have argued that it increases cognitive control.

This possibility has been studied, for instance, with immigrants who learn a second language in Head Start.

However, this claim has long provoked controversy.

In this recent study, using highly sophisticated statistical procedures, researchers found that being bilingual did not improve executive function for Turkish immigrants to Germany.

I have, over the years, seen studies on this topic go back and forth.

For instance, the Head Start research cited above seems quite persuasive. In that study, all students increased self-control during their Head Start year; after all, they were getting older.

Crucially, the students who also became bilingual showed greater increases in self-control. The likely explanation? The cognitive control required to be bilingual helps with other kinds of self-control as well.

And yet, as seen in the study of Turkish immigrants, that conclusion just might not be plausible.

First: if your school currently makes strong claims about the executive-function benefits of bilingualism, you should think strongly about acknowledging the controversy in this field. That claim does have support. It also faces lots of strong counter-evidence.

Second: use this study as a reminder to seek out contradictory findings before you make changes to your classroom.

That is: if you hear persuasive research about topic X, be sure to look for anti-X research before you start X-ing.

Third: somewhat glumly, I wonder if this question ever can be answered finally and persuasively. The category “executive function” is alarmingly nebulous. And, the reasons that people become bilingual vary dramatically.

Given so many kinds of variety, I increasingly doubt we’ll be sure of an answer here.

With that point in mind, I think we should highlight this important point: learning a second language has value even if doing so doesn’t produce additional executive function benefits.

When we learn new languages, we create new opportunities to meet and connect with a world full of people. That benefit alone makes all that hard work worth while.

NEXT
The Simplest Motivation Strategy that You’re...