When Bad Technology Is Good Instead

Teachers have a love/hate relationship with technology. 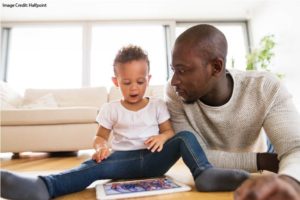 In some cases, technology provides exciting opportunities to enhance teaching. (Here‘s a recent post about virtual reality technology, and another about classroom clickers.)

In other cases, however, it distracts our students, muddles their thinking, and interferes with their healthy relationships.

Action video games and cell phones take most of the heat in these discussions. Who’s got anything good to say about either?

We’ve got lots of evidence to suggest that action video games improve visual attention. All that virtual racing around, all that shooting at monsters and aliens seems to heighten our visual systems.

A recent study in China wondered how quickly video games might might produce this effect. They reached two conclusions.

Second: the beginning video-game players improved their visual attention after only one hour of play.

Their peripheral vision improved from before to after. And, the EEG data showed more expert-like processing of visual information.

Yup. After JUST ONE HOUR.

Now, the study doesn’t show that this improvement will last. Presumably it takes more than an hour to create enduring changes in such sophisticated cognitive systems.

But, it’s impressive to see how quickly those changes start taking place.

Although “visual attention” sounds like a good thing to have, we might nonetheless worry that action video games have other bad effects.

For example, they might interfere with our students’ ability to make friends. We’ve all seen enough lonely nerdy gamers in movies to wonder about their real-life counterparts.

Well, according to two recent studies from Sweden, we needn’t worry. Gamers are just as likely to befriend their peers as non-gamers: “high-use did not make game users socially isolated or less popular in school.” In fact, gamers often make friends with other gamers in the real world.

Perhaps Swedish and American cultural contexts are so different that these results don’t apply to our students. However, that objection seems a bit of a stretch to me.

Of course, we might still be concerned about video games. One of my grad-school professors forbade his children from playing Grand Theft Auto because its messages struck him as so deeply anti-social. He nonetheless showed us lots of research suggesting that video games really don’t have all the bad effects that people worry about.

I got a question about “cell phone addiction” from a teacher just last week. As a society — and as teachers within that society — we’re deeply concerned about children’s relationships with this portable slice of technology.

A recently-published think piece offers a fresh perspective on the dangers of cell phones. Its authors don’t discount those dangers; the specifically note correlations of cell-phone use with anxiety and loneliness.

Instead, they reframe them within an evolutionary perspective. Humans have evolved to be highly social beings, and practically everything we do with cell phones — texts, chats, conversations, schedules, even games — is ultimately largely social.

In other words: we’re not addicted to cell phones. We’re addicted to the social possibilities they allow us.

If we rethink cell-phone use, and strategies to manage cell-phone use, within this perspective, we might be considerably more effective in helping curb addictive impulses.

We might also be quicker to see the healthy benefits of technology: when used best, it helps us develop cognitive function and connect with the broader social world.

These findings strike me as good news indeed.

NEXT
Can You Rely on Meta-analysis? Can You Doubt It?