STOP THE PRESSES (And Yet, Remain Calm)

In the world of science, if you see the right kind of evidence, you have to change your mind. 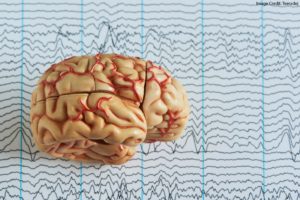 Regular readers know that I frequently decry false claims about “brain training.” In particular, when people claim to increase working memory capacity, we find that those claims don’t stand up to research scrutiny. (For instance: here and here and here.)

In my last post on the topic, I more-or-less gave up on the possibility. In fact, I wrote:

So, from now on, I’m just going to assume that new claims are highly likely to be false.

If brain training claims are subsequently replicated by many research teams; if the methodologies are scrutinized and approved by several scholars in the field; well, if that happens, I’ll relent.

For now, I don’t want to be fooled again.

But maybe — just maybe — researchers might have found a strategy to improve working memory. (I can’t believe I just wrote that sentence.)

In a study just published in Nature Neuroscience, Reinhart and Nguyen might have found a way to boost working memory capacity.

We’ve got persuasive research showing that working memory overload causes brain waves in different regions to fall out of synch.

Reinhart and Nguyen, in effect, wondered if they could help resynchronize those brain waves.

In a multi-step study, they found that:

(The findings get even more technical from there, so I’ll just stick with “brain waves” for now. If you want the details, click the link above.)

Third: when the theta waves resynchronized, the WM function of the older subjects returned to levels typical for the younger subjects.

A) Before we get too excited, we should let some expert skeptics weigh in. Although the concept is easy enough to understand — “the right kind of brain zaps restore WM to higher capacity!” — the specifics are fantastically complicated.

We should, in other words, let other scientists in this field kick the tires good and hard.

By the way: nine researchers have responded here. Several have suggestions for other populations to study: for instance, people diagnosed with dementia. But, none of them spot glaring errors in the methodology.

(For instance: in two studies I can think of, researchers made claims about improving working memory, but tested short term memory instead. This study doesn’t include that kind of switcheroo.)

That result might benefit each of us as we age. But, it doesn’t (yet) offer benefits to our students who have typically functioning WM.

However, this technique might help younger people with diagnosed WM deficits. That finding alone could be transformative for some students in our schools.

C) We don’t really know what this might look like outside of the neuroscience lab. As professor Robert Howard warns:

The “real world” benefits of any apparent improvements in experimental working memory function associated with the technique will also need to be evaluated together with the impact of any potential adverse effects of brain stimulation.

For example, induced improvements in working memory might come at the price of worsening of other areas of cognitive function.”

D) Okay, you can now go ahead and get really excited. I have said for years that if we could improve WM capacity, that change would be like the printing press in its effect on human cognition.

For the first time in a decade, I’m starting to think that it just might happen.

If you’d like to learn more, this very helpful summary of Reinhart and Nguyen’s work is a good place to start.

PREVIOUS
How to (Un)Make System-Wide Changes Based on Resea...

NEXT
Surprise: Screen Time (Even Before Bed) Doesn̵...