Pro Tips: How To Think Like A Cognitive Scientist

Here’s an enthusiastic article from down under. 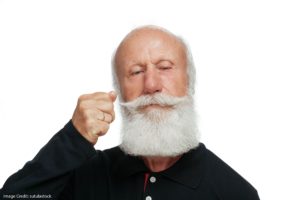 The Sydney Morning Herald reports that Victoria University has introduced an “intensive” course model. Students don’t take multiple courses over many weeks. Instead, they take one course for four weeks. Students absorb a full term of learning in one zealous month.

The students interviewed by the paper were enthusiastic. 19-year-old Alice Growden says:

I am learning a lot more; I feel like the information is easier to understand this way. It’s easier to do better. You are not slammed by four different assignments at once. It is much more balanced.

The Morning Herald’s tone (and my Twitter feed) insist on the benefits of these intensive courses. Seemingly only grouchy professors — who fret that they won’t have enough time for research — object.

Despite this article’s enthusiastic tone, cognitive scientists will quickly doubt the benefits of this “intensive” course schedule.

After all, we have lots of research showing that spreading practice out over time creates more learning than bunching that practice all together.

For instance, Doug Rohrer looks at shorter and longer lengths of time that courses cover topics. His conclusion — in the modest language of research:

Long-term learning is best achieved when the exposures to a concept are distributed over time periods that are longer rather than shorter.

He finds this conclusion to hold even for intensive language courses, where teachers most often champion the strategy.

Many other scholars have reached this same conclusion. Nicholas Cepeda (along with Doug Rohrer, Hal Pasher, and others) worked with more than 1300 students, and retested them up to a year later.

Their conclusion? Spread learning out over time.

This idea holds even for flashcard study strategies.

Pro Tip #1: If you want to think like a cognitive scientist, beware teaching strategies that promote lots of learning in a relatively short time.

As quoted above, student Alice Growden emphasizes the ease with which she learns:

“I am learning a lot more; I feel like the information is easier to understand this way. It’s easier to do better.”

Yet here again, cognitive scientists will be skeptical.

Remember this principle: easy learning doesn’t stick. Instead, teachers should foster a desirable level of difficulty.

In fact, this principle helps explain the principle above. Spreading practice out over time helps students learn better because it creates additional cognitive challenges.

Another example: rereading the textbook.

Students LOVE rereading the book, because it’s relatively easy. This study strategy gives them the illusion of knowing. They say to themselves: “I recognize that passage! I must know this!”

Students often believe that if they “perform” well — say, they recognized everything in their notes — then they have studied effectively. Alas, higher early performance often results in less learning.

Pro Tip #2: If you want to think like a cognitive scientist, beware teaching strategies that emphasize how easy new learning will be. Easy learning doesn’t stick.

PREVIOUS
Is Dopamine For Motivation or Learning?