Parenting Matters, and Earlier than You Think 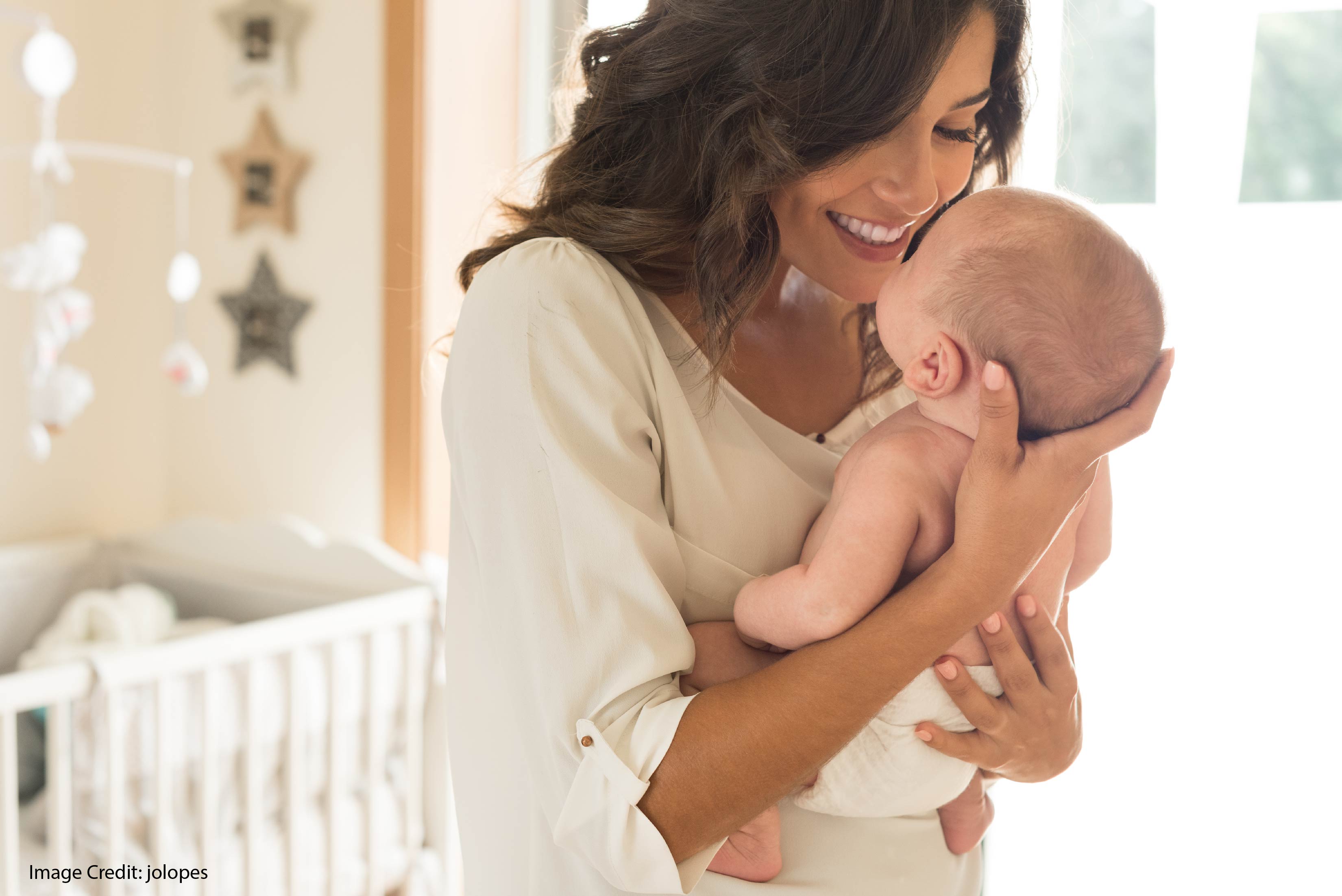 Studies of neglect and maltreatment of young children have revealed a lot about early brain development (e.g., Cicchetti, 2002; Nelson, 2000). These studies have highlighted that experiences in the first years of life can have profound implications across the lifespan.

In a seminal study, Nelson and others (2007) found that children reared in abject circumstances showed severe cognitive delays. Children that were adopted out of these environments and into more supportive homes experienced some cognitive recovery, with children faring better the earlier they were adopted.

Studies of neglect on the developing brain show the consequences of early detrimental environmental factors. Though at the same time, how might we be able to optimize early experiences?

We know that these years present a period when the brain is uniquely malleable. How can we leverage this malleability to set children up to achieve their full potential? What might the optimal circumstances look like for a developing child?

In the first years of life especially, the differences between the environments in which children grow and learn are driven by caregivers. They are the ones responsible for most all of the external factors that affect the child’s development. As I mentioned in my last post, research continues to elucidate specific examples of environmental factors that contribute to early development, and in particular, the role that caregivers play within that environment.

We all presume that parents play an important role in a child’s upbringing, and in fact, studies have revealed that even a normal variation in parenting can have a great influence on brain development (e.g., Francis & Meaney, 1999).

The whole gist of this preamble is to say that we know early experiences matter, and we know that caregivers are largely responsible for those experiences. While we have a good idea of what constitutes a healthy environment for development, we have yet to pin down an optimal set of experiences in the first years of life, if such a thing exists. Further, we just don’t know to what degree subtle changes in the environment affect later outcomes.

In the present post, I present an article published this past summer from the growing body of work on the effects of parent-child interactions. This particular study explores the correlation between a mother’s behavior and her child’s brain development.

Researchers in the present study (Bernier, Calkins, & Bell, 2016) wanted to investigate whether the quality of a mother’s parenting behavior influences the development of the infant’s frontal cortex.

Previous research has shown that the prefrontal cortex, the forward-most region of the frontal cortex, plays a large role in an individual’s executive function (EF): the suite of skills that enables an individual to control her own behavior and emotions. EF has been found to correlate with life-long outcomes. (Harvard’s Center on the Developing Child has created a video that succinctly explains the topic.)

In testing the correlation between parenting and frontal lobe development, researchers carried out two types of assessments: mothers’ parenting behavior, and children’s frontal resting electroencephalogram (EEG) power at 5, 10, and 24 months of age. (More on “EEG power” in a minute…)

Researchers assessed mothers’ parenting behavior in the first of three visits. They gave mothers two simple infant toys, keys and a rattle, and instructed them to interact with their infants as they normally would at home, for a total of two minutes. Researchers studied four areas of maternal behavior:

Now, I know what you’re thinking, and yes, two minutes is not a long period of time to assess the quality of a mother’s interactions with her child–especially when the researchers want to relate those two minutes to the child’s brain development. While these assessments were not meant to be robust, they are considered to be indicative of the interactions that the child has with the parent in general.

Next, children’s resting EEG power of the frontal lobe was assessed during each of the three visits, timed when the children were 5, 10, and 24 months of age.

First, the researchers were most interested in parenting habits that may contribute to the development of a child’s executive function, which depends on processing in the prefrontal cortex. The current study focuses on this region of the brain because of this known association between EF and the frontal lobe.

Also, what is “resting EEG power”? EEG measures electrical activity in the cortex, or the outermost layer in the brain. EEG power essentially grows in a linear fashion across infancy, and is thus thought to be an indicator of brain development (Bell & Fox, 1992; Cuevas & Bell, 2011).

Just know that higher EEG power in infancy, even at rest, is thought to indicate further brain development. (Of course, there is a lot of variation in the growth of EEG power from person to person (e.g., Cuevas et al., 2012).)

While many of this study’s findings are very nuanced, I highlight here what I believe to be the most important takeaways.

(I’ll emphasize below that the findings are strictly correlational. They might be due to causation, but given the nature of the study, we cannot say this for certain.)

To begin with, a mother’s display of positive emotions, as seen when interacting with her infant, was essentially unrelated to frontal lobe EEG power when the children were 5 months old. This finding may be due to a number of reasons: perhaps, by 5 months of age, a mother’s expression of positive emotions has not yet had time to influence the child’s brain development. Again, merely speculation.

The other interesting finding from the study I’d like to point out is in regard to children of mothers who expressed positive emotions AND heightened their children’s emotional arousal LESS through physical contact, like through moving their limbs. These mothers did not barrage their children with physical stimulation, and instead engaged them with their voice and facial expressions.

This group of children displayed higher EEG power at both 10 months and 24 months. Further, the resting frontal EEG power of these children increased at the quickest rate between 5 to 10 months of age, and then again from 10 to 24 months of age.

One possible interpretation of the results might suggest that by expressing positive emotions and refraining from heightening the level of arousal through physical contact, a mother can increase the resting EEG power of her child’s frontal lobe, thought to be a sign of cognitive development.

Possible Reasons for the Correlations – Be a Good Skeptic

I cannot convey strongly enough the skepticism with which you should consider these, and all correlational findings. In this case, the magnitude of the correlations was small, and there are a number of things that could account for these changes.

One possible, and plausible, explanation for these results may be that a mother’s behavior and her child’s brain development both encourage one another; change in one spurs change in the other.

As mentioned above, the mother’s behavior while interacting with her child was studied for only two minutes–hardly a robust assessment. The study does not take into consideration any other environmental factor which could play a role, for example:

Or maybe an assessment of genetics would explain these correlations. Or maybe not. We just don’t know.

I hope you–like me–find this study fascinating, and while at the very least it provides possible direction for future lines of inquiry, it is possible that this simple variation in a mother’s behavior had some effect on her child’s brain development. In fact, when taken into consideration with findings from other studies, the authors believe it to be likely that these variations in motherly interactions do in fact affect a child’s brain development. In any case, this study’s results continue to shed light on what an optimal environment may be for early brain development, underscoring specific parenting characteristics that show promise.

Further, however, there is a bigger takeaway which bolsters what we already know: early experiences matter, and they matter very early on. By 10 months of age, there are measurable differences in the frontal brain function of normally-developing infants associated with variations in maternal input. There is so much that we do not know about the developing brain, however, we do know that experiences in the first years of life have a measurable impact. We should not wait until we can define precisely what an optimal infancy looks like before we start getting serious about how we prepare the next generation.
References

Bernier, A., Calkins, S. D., & Bell, M. A. (2016). Longitudinal associations between the quality of mother–infant interactions and brain development across infancy. Child development.

Cuevas, K., & Bell, M. A. (2011). EEG and ECG from 5 to 10 months of age: Developmental changes in baseline activation and cognitive processing during a working memory task. International Journal of Psychophysiology, 80(2), 119-128.

2 Responses to Parenting Matters, and Earlier than You Think

NEXT
What do teachers need to know about neurons?