Do Musicians Really Have Better Memories? 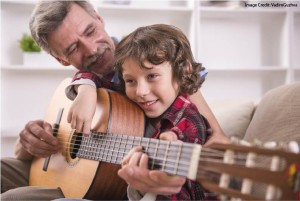 Here’s a provocative claim for you: “musicians have better memories than non-musicians.”

But, do we have research to support that claim?

According to a meta-analysis published back in October of 2017, the answer is: “mostly yes.”

What do we know about musician memory?

The effect size was “small” for long-term memory, and “moderate” for short-term and working memory.

Of course, the story gets more complex. After all, we have different ways of testing these memory skills.

So, for example, we might test people on their ability to remember musical tones. In that case, it’s not at all surprising that musicians have better memory.

But when we test their verbal ability, or their visuo-spatial ability, what do we find?

In long-term memory, it’s all the same. Musicians consistently have (slightly) higher scores than non-musicians.

For short-term memory and working memory, these tests matter. In verbal tests, musicians’ STM and WM still average higher, but not as much as overall. In visuo-spatial tests, the differences basically vanishes.

How to explain these differences?

However, music isn’t so directly related to processing of spatial information, and so might not provide enough training to make a difference.

How do we interpret these differences?

Before we conclude that music training causes better memory, we should consider an alternative explanation. Perhaps music requires better memory, and so only those with very good memory skills ever enroll in a conservatory.

If that explanation isn’t true, then we arrive at a surprising conclusion: just maybe it IS possible to train working memory.

Regular readers of this blog know that there’s a lot of skepticism about WM training programs. They’re often expensive and time consuming, and don’t consistently produce results outside of the psychology lab.

It would be thrilling to know that music lessons not only help people make music, but also boost this essential cognitive capacity.

At the same time, we should keep two cautions in mind.

First: it takes A LOT of music training to get into conservatory. People with WM difficulties just might not have that much extra time.

Second: this study doesn’t show that music training leads to greater learning of, say, math and reading. When we worry about students’ working memory, we typically want them to make greater progress in disciplines such as these.

These cautions aside, this study seems like wonderful news. Creating music is good for the soul. And, studying music just might be good for our memory systems as well.

NEXT
You Are Not a Nile Grass Rat…