Marshmallows and Beyond: Cultural Influences on Self-Regulation

Okay, he was really doing research into self-control. 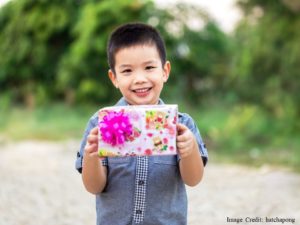 But the marshmallow images were adorable: all those cute children desperately trying not to eat one marshmallow right now, so that they’d get two marshmallows in fifteen minutes.

Mishel’s studies got so much attention because they suggested that self-control correlates with SO MANY good things: high grades, better jobs, better health, etc.

And, they suggested that self-control is relatively stable. Some studies suggested that the marshmallow test, given at to a child at age five, could offer insights into their lives decades later.

If, for instance, you saw Dr. Mishel at our 2015 conference in Boston, you know that trustworthiness matters.

Children waited for the 2nd marshmallow more often if they had reason to believe that the experimenter would actually follow through on their commitments. (Smart kids!)

So, do other factors matter?

The Power of Culture

A research team in Japan, led by Kaichi Yanaoka, wondered if cultural factors might shape self control.

So, for instance, in Japan waiting for food gets cultural priority — much more so than in the United States (where Mishel did his research).

But, Japanese culture does not emphasize waiting to open gifts as much as families in the US often do.

For instance, as Yanaoka explains in this study, Japanese parents often leave gifts for their children, with no cultural expectation that the children should wait to open them.

So, do these cultural differences shape performance on the marshmallow test?

Based on these cultural norms, team Yanaoka hypothesized that children from the US would be better at waiting to open gifts, but worse at waiting to eat marshmallows, than their Japanese counterparts.

Because research requires precision, this study includes LOTS of details. (For instance, the researchers checked to be sure that the Japanese children had eaten marshmallows before, so they knew what temptation they were resisting.)

But the overall design was quite simple. In the US and Japan, children waited either to eat marshmallows, or to open gifts. Researchers followed a simple script:

Now it’s gift time! You have a choice for your gift today. You can either have this one gift to open right now, or if you wait for me to get more gifts from the other room, you can have two gifts to open instead. […]

Stay right there in that chair and I’ll leave this right here, and if you haven’t opened it […] before I get back, you can two to open instead.

Of course, for the children getting marshmallows, the script said “marshmallow” and “eat” rather than “gift” and “open.”

So, what did the researchers find?

In this case, Japanese children waited for the second marshmallow (median time: 15 minutes) much longer than US children (median time: 3.66 minutes).

When you look at the graphs, you’ll be impressed by the precise degree to which cultural expectations reverse wait times.

So, what do we do with this information?

I think Yanaoka’s study offers us a specific reminder, and a general reminder.

Specifically, this study lets us know that self-control is NOT one monolithic, unchangeable thing.

Self-control varies across people and cultures. Yes, self-control matters; but, performance on one test — even a test with marshmallows — doesn’t tell us everything we need to know.

Generally, this study reminds us that culture always matters.

So, teachers should indeed welcome advice that experts offer us about — say — adolescence. But, that advice always includes cultural constraints. Adolescence, after all, differs in Denver, Kyoto, Sao Paolo, Reykjavik, and Gaborone.

So too cultural norms around stress. And feedback. And appropriate relationships between adults and students. Yes, and self-control.

No advice — not even research-based advice — gives us absolute guidance across all cultural norms.

PREVIOUS
From Stressed to Resilient by Deborah Gilboa

NEXT
The Unexpected Problem with Learning Styles Theory