Most teachers know about Mindset Theory: the idea that students’ beliefs about intelligence shape their success in learning.

If I think that intelligence (whatever that is) can’t change, I learn less.

If I think that intelligence can change, I learn more. 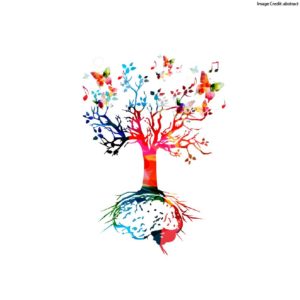 Perhaps we can do better?

Dan Willingham (I believe) has argued that contrary findings about growth mindset don’t exactly “disprove” Mindset Theory. Instead, they remind us that getting mindset strategies right takes precision and care.

Instead, we should think: “I need to ensure my mindset strategy aligns with research, and with my students, quite precisely.”

For instance: I’m skeptical that simply telling students about mindset — the most common strategy I hear about — has much enduring effect.

Instead, I think we need to have quiet and consistent classroom policies and procedures that re-enforce Growth Mindset messages.

Obviously, if we tell our students that intelligence CAN change and act as if we believe it CAN’T, our actions reveal what really matters to us.

One research group from Washington State wondered if the syllabus of a college course might be enough to communicate a professor’s mindset.

They created two mindset versions of a Calculus syllabus.

“If you have not mastered these concepts, you should consider dropping the course.”

“I do not take attendance in class [because] I do not penalize students with strong math abilities.”

It also had one heavily-weighted final exam.

“I you have not mastered these concepts, you should see me or a teaching assistant and we will provide resources.”

“All students will learn something new and attending class is the best way to learn.”

This syllabus had many exams, equally weighted.

Sure enough: both men and women assumed a) that the professor who wrote the FM syllabus indeed had a fixed mindset, and b) that this professor probably assumed that women are “naturally worse at math” than men.

These perceptions, it turns out, influenced learning beyond the syllabus.

This research team had students rate their professors’ mindsets.

In 46 courses across the university, students — both male and female — rated their STEM professors’ mindsets similarly. That is: some professors rated strongly at the fixed mindset end of the scale — and the students’ gender didn’t matter in that rating.

And, both male and female students assumed that fixed-mindset professors believed that “women struggle to do well in advanced math.”

In other words: those syllabus policies — combined with other classroom factors — influence students’ learning.

It might be hard to identify exactly what causes this effect, but mindset certainly seems to be an important part of the equation.

What Should K-12 Teachers Do?

Few pre-college teachers have a syllabus with the gravitas of a college syllabus.

For instance: does our rewrite policy suggest we think that students can get smarter? (I say to my students: “If you say to me you want to work harder and learn more, why would I say no to that? OF COURSE you can revise the essay!”)

Do we — heaven help us — have a program for students we call “Gifted”?

In brief: we should not think of mindset as a topic we discuss once in a special program.

Instead, we should consider — bit by bit, day by day — what signals we send to our students. If the language we use, the policies we communicate, the procedures we follow all demonstrate “I think you can get smarter,” our students just might believe us.

If we think they can, they will.

One Response to Let’s Get Practical: Signaling a Growth Mindset

PREVIOUS
Good Anxiety: Harnessing the Power of the Most Mis...