James Flynn Changed the Way We Think about Intelligence 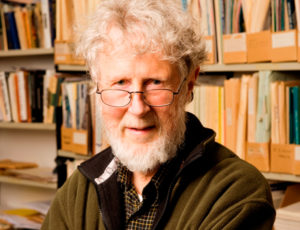 Nothing, it seems, had changed.

Those facts, however, disguise a surprising truth.

IQ tests are based on scaled scores. That is: the student’s raw test score is translated into an IQ score according to a formula. And — here’s the key part — that formula is readjusted every ten years.

So: the reason that average IQ scores haven’t changed is that the formula has changed to keep the average at 100. A lot. Raw scores on the underlying test have gone considerably over the history over the test.

Are we really that much smarter than our grandparents?

James Flynn, who first noted this astonishing increase, has a different way of thinking about this question.

He, instead, pointed to differences in schooling. For instance:

Children today, on average, get LOTS more schooling than did children when the IQ test was first developed.

Today’s schooling tends to focus more on abstract and hypothetical thinking than did school 100 years ago.

Flynn’s argument, of course, includes many more details and insights.

Even people who don’t care much for IQ as a way to measure intelligence admire the way Flynn has prompted us to think differently and deeply about the history of intelligence: how we measure it, how we develop it, how we understand it.

You can read Wikipedia’s article on the Flynn Effect here.

James Flynn died last week in New Zealand, where he had been a professor for decades.

Over on Twitter, Richard Haier — editor of the journal Intelligence — tweeted:

Jim Flynn became famous for showing a global secular rise in IQ scores but he was admired even more for engaging with critics as a gentleman. In a field raked with controversy and not without personal attacks, Jim sought out contrary opinions and engaged intellectually.

We have learned from Flynn’s insights into human cognition. We can also learn from his example on conversing with people we disagree with.

NEXT
The Best Teaching Advice We’ve Got