Is It Time to Re-Re-Think Mindset Research?

Mindset doubts have been haunting education for a while now. 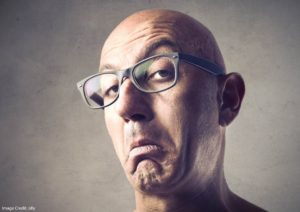 Combined with general concerns about the replication crisis in psychology, and some actual non-replications, this analysis has put Mindset Theory under a cloud.

Of course, we should always doubt research findings. Science, after all, is a way of practicing effective skepticism.

Instead, the theory makes this claim: we can help students think one way (growth mindset) more often than another way (fixed mindset). When they do…

…they have more helpful goals in school.

…they have a healthier perspective on the difficulties that regularly accompany learning.

…and, they respond more effectively to academic struggle.

This process doesn’t require a revolution. It asks for a general change in emphasis. For some students, this new emphasis increases motivation and learning.

While that big meta-analysis got lots of headlines, other useful studies have recently come out. For example:

This meta-analysis found that a well-known mindset technique largely works. When students study how brains change as they learn (“neuroplasticity”), they develop growth mindsets. And, they learn more stuff.

This recent study shows that even a “one-shot” mindset intervention has lasting effects. The researchers tested this idea over two years with four different high-school cohorts. They’ve got lots of data.

This study suggests that encouraging people to adopt a growth mindset likewise encourages them to become more “intellectually humble.” Lord knows we can all use some more intellectual humility these days.

The point is not that we should reject all mindset doubts.

The point is that one meta-analysis should not end all discussion of a theory that’s been researched for 40+ years.

PREVIOUS
Can Quick Exercise Breaks Energize Young Students?
NEXT
The Best Length of Time for a Class