Since I first published this post a year ago, there’s been an important change to its argument: the study I’m writing about now HAS been published in a peer-reviewed journal.

As the Mindset skepticism movement gains further steam, I was struck by a comment on this study from the invaluable Dan Willingham. If I remember this correctly, he tweeted (roughly): “The mystery is that we haven’t been able to make this theory work in the classroom.”

Note the elegant middle ground this comment finds. Willingham acknowledges both the decades of scrupulous work that Dweck and her colleagues undertook, and that classroom interventions haven’t had the effect we’d like (for most students).

Instead, he says: “this intervention works under some circumstances, but not under others. We don’t yet know why. If we did, that would be SUPER helpful.”

I myself — as I argue below — think that we went too far thinking that upbeat posters on the wall would radically change students’ motivation, and now we’re going too far in arguing the whole Mindset thing is bunk.

OF COURSE one-time interventions don’t work. Are we truly surprised by this? PERHAPS creating a different school climate will work. Is that so preposterous an argument? 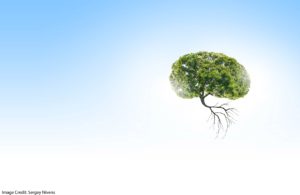 For four decades — literally!–Carol Dweck and other researchers ran thoughtful studies with thousands of students. Over and over, they found that students who think about about their work in particular ways (shorthand, “growth mindset”) do better than those who don’t (“fixed mindset”).

Like other areas of psychology (think “power poses”), Mindset Theory has been caught up in the “replication crisis.”

In brief: if Mindset theory is true, then a mindset intervention should help no matter who does the intervening. It should work when Dweck’s team does it with her students, and when I do so with mine.

If it works only for Dweck, well, that doesn’t really help the rest of us.

And, several researchers have found that various strategies didn’t replicate.

A much publicized meta-analysis, published last summer, suggests that Mindset interventions had very small effects. (I myself think this meta-analysis has been over-interpreted; you can see my analysis here.)

Researcher and NYU professor Alejandro Ganimian has published research about a large-scale mindset intervention in Argentina.

Ganimian had 12th graders at 100 (!) schools read a passage arguing that “persisting through difficult challenges can develop the brain.”

The 12th graders then wrote “a letter to a classmate of their choice on the three main lessons from the reading and how they might help him/her.”

To keep the growth mindset message fresh, those letters were posted in the classroom.

He compared these students to 12th graders at 102 other schools that had not used this intervention.

This intervention had “no effect on students’ propensity to find challenging tasks less intimidating.”

It didn’t increase the likelihood that they would pay attention in class.

By some rough/indirect measures, it didn’t have an effect on the participants’ academic success.

As Ganimian sums up his results:

In nearly all outcomes, I can rule out even small effects. …

This study suggests that the benefits of growth mindset interventions may be more challenging to replicate and scale in developing countries than anticipated.

And b) I myself am not a neutral source in this debate. I’ve written a book about mindset research, and so I read Ganimian’s work through that lens.

Second: I think mindset strategies are likeliest to have an effect when used all together as a consistent, unified approach to student motivation.

So, if you want to use mindset research in your classrooms, don’t do just one thing, once. A motivational poster really won’t accomplish much of anything.

Instead, understand the interconnecting strategies that promote a growth-mindset climate, and use them consistently and subtly. Heck, I can even recommend a book that will show you the way.

NEXT
Laptop Notes or Handwritten Notes? Even the New Yo...