The New York Times is reporting the death of Chaser, a dog who changed the way we think about canine cognition. 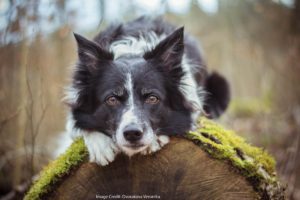 We used to think that dogs could learn a handful of words, especially if they got treats afterwards.

Chaser learned over 1000 words — yes, 1000. And, she learned them not because she got treats, but because she enjoyed playing.

Importantly, Chaser learned not only nouns, but verbs. Even prepositions!

The video below shows one of Chaser’s most impressive challenges. In it, Neil DeGrasse Tyson lays down several toys that Chaser already knows. He also adds a new toy: a stuffed image of Charles Darwin.

What will Chaser do when Tyson asks her to “get Darwin”? Will she be able to figure out that the name she hasn’t heard before goes with the toy she hasn’t seen before?

PREVIOUS
When Parents Teach Reading, Do They Also Promote M...

NEXT
Obsessed with Working Memory: SOLUTIONS!