Fool Me Twice, Shame on Me

We often post about the unreliability of “brain training.” 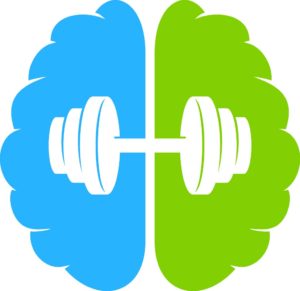 So, you think I’d be especially wary of these claims. But, even I can fall into such traps — at least temporarily. Last week, it happened TWICE.

Many researchers have claimed to be able to increase working memory capacity.

(It would be great if we could do so, because working memory is so important for all classroom learning.)

Alas, very consistently, we find that such programs don’t really work. (For instance, here and here.)

And so, I was very excited to see a new approach to the problem.

We have long known that the cerebellum helps control motor function. More recently, scientists have discovered that it also supports working memory performance.

Perhaps, we could strengthen cerebellar function, and that way enhance WM. Worth a try, no?

Although this explanation makes good sense, and the accompanying graphs looked impressive, I was drawn up short by a serious problem: the researchers didn’t measure working memory.

You read that right. Instead of a WM test, they gave participants a short-term memory test.

So, this research shows that cerebellar training might increase STM. But, it shows nothing about WM.

Unlike WM training, we have had some luck with attention training.

For instance, Green and Bavalier have shown that playing certain computer games can increase various kinds of visual attention.

A recent study claimed that a specially designed iPad game could enhance sustained visual attention. I was gearing up to review the research so I could write about it here, when…

I learned that the test to measure students’ attention was very similar to the game itself. (H/t: Michael Kane)

In other words: participants might have gotten better because they (basically) practiced the test, not because their sustained attention improved.

To measure such progress, researchers would need a test that wasn’t similar to the game participants played.

The Big Take Away for Teachers

I’m basically an optimistic person, and I really don’t like being a grinch.

But, sometimes my job requires me to be grinchy.

At this point, I’ve been inspired by “brain training” claims so many times, only to be disappointed by an analysis of the research underlying those claims.

So, from now on, I’m just going to assume that new claims are highly likely to be false.

If brain training claims are subsequently replicated by many research teams; if the methodologies are scrutinized and approved by several scholars in the field; well, if that happens, I’ll relent.

For now, I don’t want to be fooled again.

PREVIOUS
The Joys (and Stresses) of Teacher/Neuroscientist ...

NEXT
Why Do Teachers Resist Research? And, Why Should W...