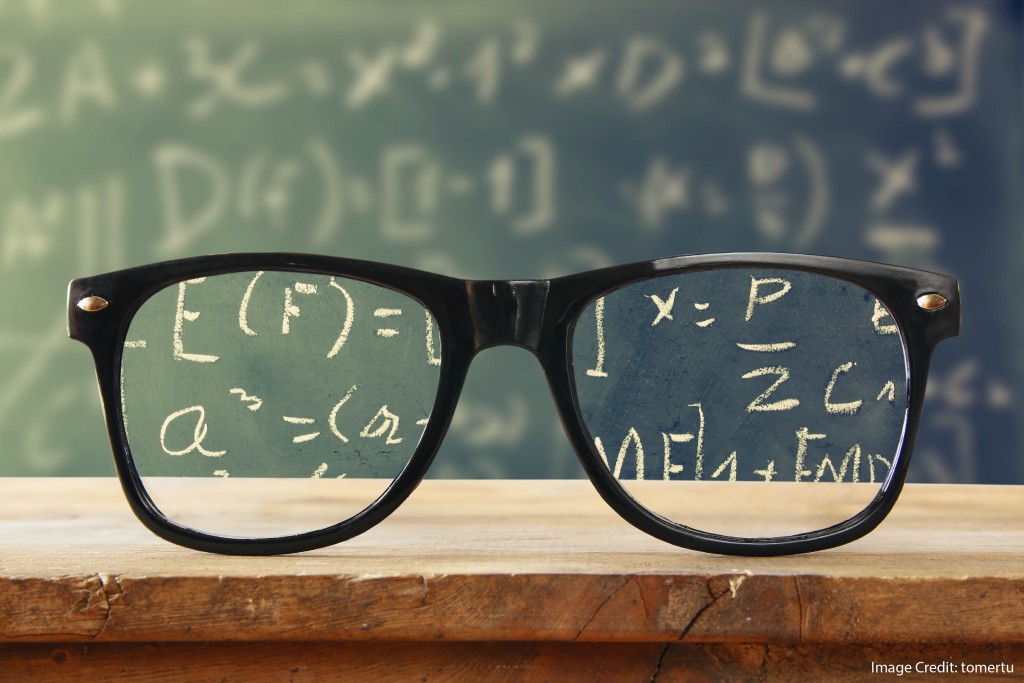 When you open your eyes, where do they focus?

Presumably, your eyes automatically turn to the part of the visual field that stands out the most: the bright red door, the tower jutting up from the cliff, the sharp angle against all the curves.

However, it’s also possible that your eyes naturally turn to the part of the visual field that means the most: the subtle-but-essential clue, the small-but-important face, the mundane-but-crucial key that unlocks the mystery.

In the first hypothesis, our visual systems immediately process information without taking meaning into account; in the second, those systems take enough time to include meaning in their guidance.

John Henderson‘s team developed quite an intricate system for testing these possibilities. (You can read the full description here.)

The short version is: they used images where the part that stood out was distinct from the part that meant the most. And, they used an eye-tracking gizmo to see where people looked first.

Even at the most basic level of processing, our brains prioritize meaningful information over flashy information.

What Henderson’s Research Means for Teachers

This study reminds me of Daniel Willingham’s response to learning styles theory.

Henderson’s study suggests that, even at the moment of initial processing, our eyes prioritize meaning.

For this reason, it can be true that some people remember visuals better than others, but they still aren’t “visual learners.” All of us are “visual learners” because all of our eyes focus on meaning more than on purely visual salience.

PREVIOUS
The Dangers of Weird Neuroscience
NEXT
Home News