Family Matters: Do Obligations Encourage Teens to Play it Safe? 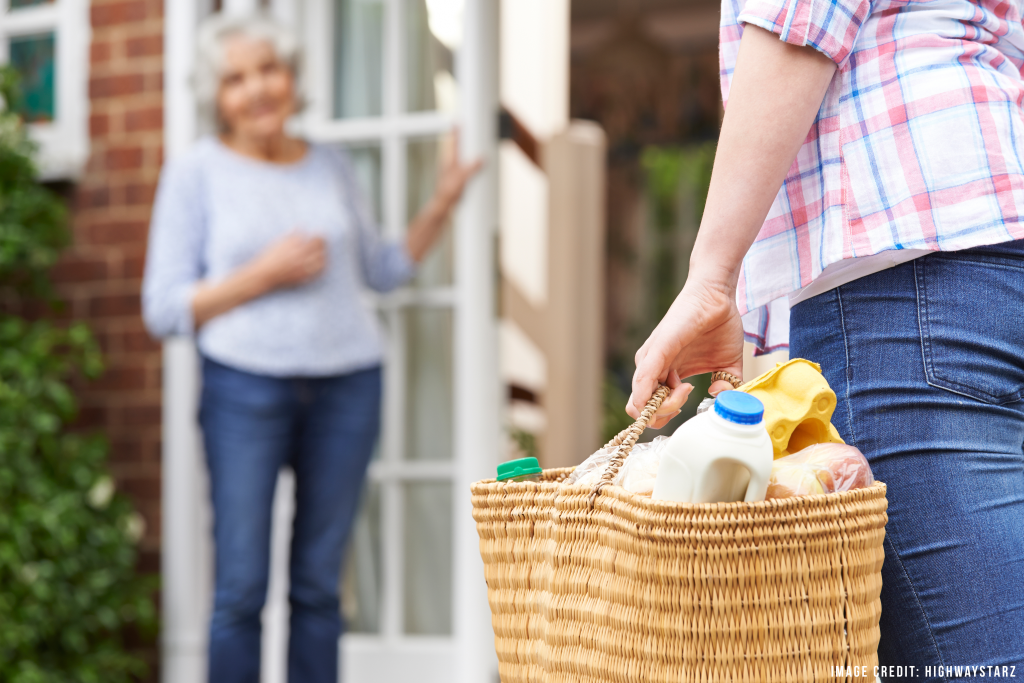 The teenage years have long been described as a period of “storm and stress.” It’s a time for parental clashes, moodiness, risky behaviors, and a lot of cringe-worthy confessional songwriting.

But it doesn’t have to be this way.

Teen angst isn’t universal or inevitable, as these “storm and stress” behaviors are less pronounced in more traditional non-Western cultures1.

Why is this the case? One hypothesis is that it has to do with Western culture’s focus on individualism. This focus might set the stage for conflict by putting a premium on exploration and risk as teens figure out how to be independent from their families.

What can families and educators do to help kids weather the storm of adolescence? Here, we’ll explore one potential buffer identified by developmental science: having meaningful familial obligations.

Before we continue, it’s worth thinking about whether “storm and stress” is necessarily a bad thing. Some aspects of the underlying neurobiology may be related to teens’ interests in new learning experiences, especially those involving their peers. These experiences might teach valuable skills for navigating complex social decisions. Similarly, the “Terrible Twos” are as much about social, cognitive, and motor milestones as they are about moodiness and tantrums.

On the other hand, while risks taken by two year-olds are largely managed by their caregivers, risk in the teenage years may have more profound, adult consequences. Adolescence may also be a vulnerable period for developing mental health disorders, including addiction, depression, and psychosis2. It’s important to keep this balance in mind: how do we support the benefits of the teenage experience while minimizing potential long-term damage?

Some researchers have theorized that teen behavior is influenced by two brain systems: a sensitive “acceleration” system and a developing “braking” system. The acceleration system is thought to be well-developed and sometimes hypersensitive during adolescence. It is related to teens’ penchant for rewards, like positive social feedback or financial gain3. The braking system is thought to still be developing during adolescence, such that it may be more difficult for them to control their impulses in rewarding situations. These theories suggest that the different rates of development for these systems may inform our understanding of adolescent risk-taking behavior.

Of course, this research is still new and many researchers believe this explanation does not capture the full complexity of adolescent development. Some think that the evidence connecting changes in the brain systems to real world behavior is not strong enough4. Others believe that adolescent risk taking might be more calculated or planned than we give them credit for.5

Despite ongoing questions in the field, we know that in some situations, teenagers tend to take on more risk in their decisions than other ages. We know that’s not true for all teenagers, or all of the time. So this led researchers to ask the question: why do some teenagers decide to play it safe?

One 2013 study led by University of Illinois at Urbana-Champaign scientist Eva Telzer asked teens to complete risk-taking and inhibition activities in an MRI scanner.6

In the risk-taking activity, teens saw a series of red balloons with a dollar amount written on them. For each balloon, they were faced with two options:

Choice A: They could press a button to “cash out,” and win the dollar amount that they saw.

So, choosing to inflate the balloon was the risky option, but it came with the chance of a greater reward. In this case, researchers were interested in how this risky decision related to the value teens place on family obligations. In a survey, they asked teens how much time they felt they should spend helping out with household responsibilities and participating in family life, like attending meals and weekend activities.

The adolescents in the study that more strongly valued family obligation tended to cash out with lower balloon pumps. In other words, they were willing to give up a chance at a greater reward to avoid the risk of winning nothing. On average, these teens were more “risk-averse”.

Using fMRI, the scientists also found increases in blood flow to one region of the brain called the ventral striatum (suggesting that area was more active) as teens claimed bigger rewards while “cashing out” in the balloon game. The ventral striatum is a part of the brain often found to be sensitive to the size of rewards and highly involved in processing rewards.

Interestingly, teens that placed a higher value on family obligations had, on average, lower ventral striatum activity during the “cashing out” part of the balloon experiment. This suggests that those teens might have taken fewer risks because they weren’t as sensitive to the reward in the first place.

Learning When to Push the Brakes

In the scanner, teens were presented with single letters in rapid succession. They were told to press a button to all of the letters, except for the letter X, which appeared 25% of the time. Participants got used to mostly pressing the button. But when the X appeared, they needed to quickly resist the impulse to respond.

However, Telzer and her colleagues saw differences in the dorsal-lateral prefrontal cortex (dlPFC), the upper portions of the prefrontal cortex that are more to the sides of the head than in the center. During inhibition, the dlPFC was more active, on average, for teens that more strongly valued family obligations.

What does this brain data mean?

While we can’t say for sure, generally, the prefrontal cortex is involved in regulation and cognitive control. In this study, there was a positive correlation between dlPFC activation during inhibition and how much teens reported they thought through their every day life decisions.

Taken together, this might suggest that for adolescents, valuing family relationships and obligations can be related to better self-regulation.

We know that families can be an important resource for developing kids of all ages. Could it be that these results are just related to some teens having better family support?

Researchers asked this question, and it turns out the answer is “no”. It seems that having a warmer, more supportive family isn’t related to risk taking or inhibition. Instead, how much teens valued their family obligations made the difference in these behaviors and related neural processes.

The researchers suggest that adolescents who value family obligations may have more practice prioritizing others’ needs and regulating their own. They might also be more motivated to stay out of trouble, as one kind of obligation to their family.

This may also help explain why teens tend to express lower levels of “storm and stress” behaviors in more traditional, family-obligation oriented cultures.

How teens deal with the often-rocky transition to adulthood depends, in large part, on their social worlds. An aspect of this, the value that adolescents place on giving back to their families, may be related to less risky decision-making and better regulation.

Though challenging, one way to put this research into action is for educators to plan creative ways, like projects or community discussions of research, to encourage caregivers and teens to see the value in meaningful household responsibilities and family time. It might also be that these findings go beyond family obligations. Though more research needs to be done in this area, it’s plausible that having meaningful responsibilities in the classroom, school, and community may help teens’ well-being and the development of valuable regulatory skills.

What We Don’t Know

However, before considering sweeping changes, you may have noticed that the study we’ve been discussing doesn’t address causality. Causality is a way to describe the relationship between two things – namely that one thing caused the other. In this case, it’s the question of whether valuing family obligations causes what we see in the lab. Having meaningful family obligations might be protective for developing teens, but it could also be that teens who are risk averse and better at regulation just happen to also like structured, safe activities like family time and household chores.

Another caveat to this study is that its participants were Mexican-American teens, who are part of a culture that tends to value family obligations. These teens were also of low socioeconomic status. It’s not clear how well these particular results generalize to other cultures and groups.

Of course, limitations don’t mean these studies aren’t useful. Thankfully, in science, we can turn to a larger body of work to get more answers (and more questions!). In my next post, I’ll talk about a few studies in different groups looking at changes over time. This kind of long-term research is one way of disentangling the issue of causality by asking “Which came first?” I’ll also introduce the concept of “protective pro-sociality,” or the ways that doing things for others may benefit personal well-being. I’ll explore what this might mean for classroom structures and community service programming.

So far, we’ve examined one example of “protective prosociality”: Beyond being an affordable babysitting option, having teens care about giving back to their families might benefit their abilities to resist temptation and self-regulate.

One Response to Family Matters: Do Obligations Encourage Teens to Play it Safe?

PREVIOUS
TOP RESEARCHERS TO EXPLORE WAYS THAT SCIENCE SHEDS...
NEXT
Meta-Learning: The Importance of Thinking about Th...