EduTwitter Can Be Great. No, Really…

Twitter has a terrible reputation, and EduTwitter isn’t an exception. 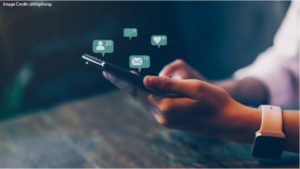 The “team” rivalries: all heat and little light.

Did I mention the misinformation?

You might wonder: why bother? Honestly, I wouldn’t blame you if you didn’t. I myself was hesitant to sign up.

Despite all these flaws — none of which is exaggerated, by the way — I do find lots of benefits. This experience recently got my attention.

On my personal Twitter account, I posted a link to research that had me puzzled. According to a small study, the motor cortex does not “remap” to represent prosthetic limbs.

Given all the research we have into neuroplasticity, I was genuinely shocked by that finding.

In fact, I’m currently reading Barbara Tversky’s book Mind in Motion, which talks about brains remapping in response to TOOL USE.

If brains remap because of tools, but not because of prosthetics — which are, from one perspective, tools that have been attached to the body — well: that’s a very strange.

But, people on Twitter know things I don’t. I thought: maybe someone knows more about this research pool than I…

Soon after I posted that link, my Twitter friend Rob McEntarffer (@rmcenta) retweeted it, sharing my curiosity. (By the way: “Twitter friends” are really a thing. I know LOTS of people — too many to name here — whom I have come to respect and like entirely by “meeting” them on Twitter. I would NOT have predicted that.)

One of his Twitter followers — someone I have never met and don’t know — retweeted Rob’s retweet, with a question to her professor.

So, we’re now at 3 or 4 degrees of separation. What happens next?

Turns out: this professor — whom I also don’t know — has lots of expertise in this research field. He briskly explained why the study couldn’t draw strong conclusions. (If I understand him correctly, its measurement methodology doesn’t allow it to make those claims.)

In other words: within a few hours, I went from…

being ASTONISHED because a research finding dramatically contradicted my (fairly basic) understanding of neural remapping,

having a SUCCINCT AND CLEAR EXPLANATION why that research shouldn’t concern me,

feeling RELIEVED that my understanding of neuroplasticity wasn’t so wrongheaded.

And, what made those changes possible — or, at least, a whole lot easier? Twitter.

To be clear, Twitter really does include (and produce) foul, cruel nonsense. If you look for that, you’ll find it. (Tom Lehrer says: “Life is like a sewer. What you get out of it depends [at least in part] on what you put into it.”)

At the same time, I routinely come across generous teachers & researchers. They freely share perspectives and resources and contacts and information.

If you can stand the background noise, you might give it a look.

One place to start: @LearningAndTheB. Perhaps I’ll see you there.

One Response to EduTwitter Can Be Great. No, Really…

PREVIOUS
How Can We Help Students Study Better?

NEXT
“Students Switch Their Screens Every 19 Seco...