Dodging “Dodgy” Research: Strategies to Get Past Bunk

If we’re going to rely on research to improve teaching — that’s why you’re here, yes? — we need to hone our skepticism skills. 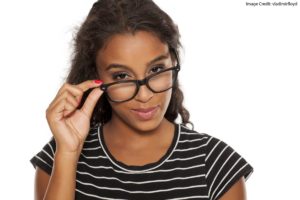 After all, we don’t want just any research. We want the good stuff.

But, we face a serious problem. If we’re not psychology or neuroscience researchers, how can we tell what’s good?

Over at TES, Bridget Clay and David Weston have four suggestions.

Don’t be impressed by lists.

Don’t be impressed by one shiny new study.

Their post is clear and thoughtful; I encourage you to read it all.

I want to go back to their third suggestion: “seek criticism.” This one habit, I believe, can make us all substantially wiser readers of classroom-relevant research.

Here’s what I mean.

When I first started in brain-research world, I wanted to hear the enduring truths that researchers discovered about learning.

I would then (nobly, heroically) enact those truths in my classroom.

As an entirely hypothetical example: imagine I heard a presentation about research showing that fluorescent lights inhibit learning. (To be clear: I have no idea if this is true, or even if anyone claims that it’s true. I just made this up as an example.)

Given that research finding, I would boldly refuse to turn on the fluorescent lights in my classroom, and set up several lamps and candles. Learning would flourish.

Well, maybe. But, maybe not.

Researchers simply don’t discover “the truth about learning.” Instead, they try to disprove a particular claim in a particular way. If they can’t disprove it, then that claim seem slightly more plausible.

But, someone else might disprove it in some other way. Or, under some other conditions.

Such an incremental, lumpy process isn’t surprising or strange. The system should work this way.

When Clay and Weston warn us against being impressed by one new study, they’re making exactly this point. If one research team comes to a conclusion once, that’s interesting … but we shouldn’t make any changes to our classrooms just yet.

So, back to my example. I’ve heard that presentation about fluorescent lights. What should I do next?

I should — for the time being — assume that the claim (“fluorescent lights inhibit learning”) is UNTRUE, and go look for counter-examples.

Or, perhaps, I should assume the claim is CONTROVERSIAL, and seek out evidence on both sides.

How do I do that?

Believe it or not, start by going to google.

So, I’d google “fluorescent lights and learning controversy.” The results will give you some ideas to play with. (In fact, I just tried that search. LOTS of interesting sources.)

You might go to Google Scholar, which provides links to scholarly articles. Try “fluorescent light learning.” (Again, lots of sources — in this case including information about ADHD.)

When you review several of these articles, you’ll start noticing interesting specifics. Researchers call them “boundary conditions.” A research claim might prove true for one subset of learners — that is, within these boundaries — but not another.

So: perhaps 3rd graders do badly with fluorescent lights. What about 10th graders?

Perhaps such light hampered learning of math facts. What about critical thinking?

Perhaps the researchers studied turtles learning mazes. Almost certainly, you aren’t teaching turtles. Until we test the claim with humans, we shouldn’t worry too much about turtle learning.

Perhaps — in fact, quite often — culture matters. Research findings about adolescence will differ in the US and Japan because cultural norms shape behavior quite differently.

Look for the contradictions. Use your teacherly wisdom to sort through them. You’ll know what to do next.

NEXT
Spiders in Budapest: Deeper Understanding of the B...