A Rose by Any Other Name Would Smell as Confusing

We have to admit it: when it comes to naming things, the field of psychology has no skills. 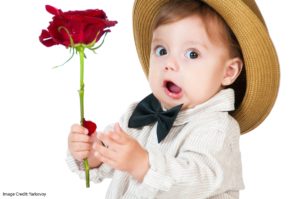 In many professions, we can easily distinguish between key terms.

The difference between a kidney and a pancreas? Easy.

The difference between an altimeter and speed indicator? Easy.

The difference between grit and resilience?

Between self-control and self-regulation?

Between an adolescent and a teen-ager? Um….

And, if we can’t define and distinguish among concepts easily, we’ll struggle to talk with each other sensibly about the work we’re doing.

I think of naming problems in several categories:

Occasionally, psychologists come up with a name that seems to have been market tested for maximum sales.

“I’ve made these suggestions on your essay because we have very high standards in the history department. And, I’m quite confident that – with the right kind of revision – this essay will meet those standards.”

(You can find research into this strategy here.)

I myself find the research quite persuasive. The strategy couldn’t be easier to implement. It couldn’t cost any less – it’s free! And, it’s particularly helpful for marginalized students.

But the phrase “wise feedback” rankles. Whenever I talk with teachers about this strategy, I feel like I’m participating in a late-night cable TV sales pitch.

Another example: “engagement.” Blake Harvard recently posted about this word, worrying that it’s too hard to define.

I agree. But, I also worry the name itself tries to prohibit debate. Who could be opposed to “engagement”?

In science world, however, we should always look for opposing viewpoints on any new suggestion. If a brand name – like “engagement” – feels too warm and fuzzy to oppose, the name itself inhibits scientific thinking.

By the way, almost everything that includes the word “brain” in it is a sales-pitch name: “Brain Gym.” “Brain Break.”

If I’ve got a new idea, and no one pays attention to it, how might I get eyeballs on my website?

I know! I can use a pre-existing popular name, and staple it on to my concept – even if the two aren’t factually related to one another!

That way, readers will think that my new ideas has links to that other well-known idea. Voila – instant credibility.

This “poaching” happens most often with “Mindset.”

To be clear, these ideas might in fact help students learn. Empathy and creativity and an international perspective can certainly improve schools.

Calling my new thing “a Watson mindset” implies that my work links with Dweck’s. But, that implication needs careful, critical investigation. If you trust Dweck, you don’t have to believe everything called “mindset.”

(Of course, not everyone does trust Dweck. But: that’s a different post.)

These names make sense to the people who coin and use them. But, they’re not obviously connected to the concepts under discussion – especially to visitors in the field.

Believe it or not, one of the best-known concepts in educational psychology used to distinguish between entity theorists and (not joking here) incremental theorists.

But then, in the late 1990s, Carol Dweck started a rebranding project, and now calls those things a fixed mindset and a growth mindset.

I rather suspect her ideas wouldn’t have gotten such traction without the new names.

(Imagine teachers earnestly encouraging their students: “remember to adopt an incremental theory!” I don’t see it…)

In the bad old days (the 2000s), psychologists did a lot of research into “the testing effect.” It’s a terrible name. No one in schools wants anything to do with more testing.

Let’s rebrand. How about “retrieval practice”?

That name has many strengths:

First: far from being confusing, it tells you exactly what it means. Practice by retrieving, not by reviewing. Couldn’t be clearer.

Second: far from being a sales pitch, it remains comfortably neutral. It’s not “awesome practice” or “perfect practice.” You get to investigate research pro- and con-, and decide for yourself.

Third: rather than poaching (“students should develop a practice mindset!”), it stands on its own.

I don’t know who came up with this phrase. But, I tip my hat to a modest, clear, straightforward name.

We should all try to follow this clear and neutral example.