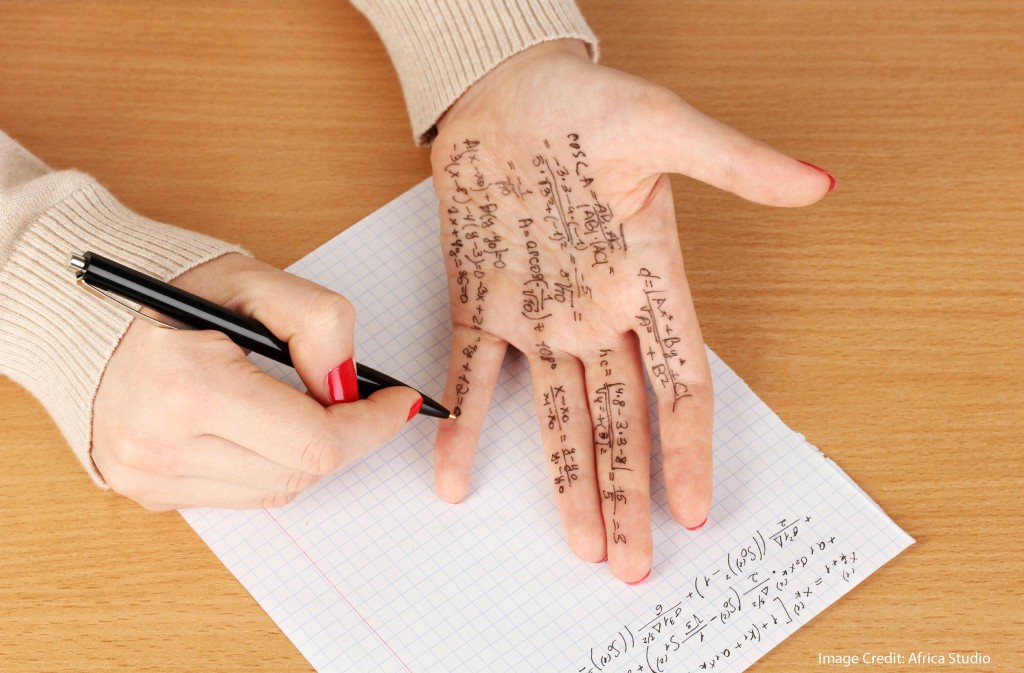 Here’s a mental puzzle to start off your day:

Imagine you’ve got 17 sheep and four pens to put them in. Just for fun, you decide to put an odd number of sheep in each pen. How would you proceed?

As it turns out, this is quite a difficult problem. You might be inclined to tell me it’s impossible. The secret is…well, I won’t tell you the secret just yet. (Don’t look now, but there are some solutions down below.)

Your ability to solve this problem might depend on internal, mental characteristics. For example: more creative people typically find a solution more rapidly than less creative people.

At the same time, your ability – and, crucially, your students’ ability – might well depend on the external, physical actions used to solve the problem.

If you give your students a tablet on which they can write, draw, and erase, the chance that they’ll find a solution remains low. However, if you give them pipe-cleaner pens and little plastic sheep, the odds get a lot better.

In one study by Frédéric Vallée-Tourangeau [1], 0% of college students who used the tablet figured out the solution, whereas 43% of those who used the pipe-cleaners and sheeplets did so. (In a slightly different research paradigm, 17% of tablet users found solutions, vs. 54% of model builders who did.)

That is: manipulating meaningful objects increased the likelihood of success.

In recent years, researchers have increasingly focused on the topic of embodied cognition: the influence that our bodies (not just our brains) have on our thinking.

Susan Goldin-Meadow and Sian Beilock, for example, have studied the role that gestures play in cognition [2]. In one of their studies, a particular set of gestures helped some students learn math problems more effectively. (Intriguingly, students who said the wrong words but made the right gestures tended to learn more quickly than other students.)

Beilock’s recent book How the Body Knows its Mind: The Surprising Power of the Physical Environment to Influence How You Think and Feel offers a substantial introduction to this fascinating topic.

What practical teaching advice flows from these insights?

First, we should recognize that this research is in very early stages, and specific teaching strategies haven’t yet been tested. At this point, we’re making plausible extrapolations, not relying on well-tested hypotheses. (Unless, that is, you’re teaching students how to fold sheep creatively.)

Second, this research pool encourages teachers to translate problems into objects both for step-by-step routines and for problems that require new insight.

Step-by-step routines: Vallée-Tourangeau’s mental math study shows that students who could move tiles around as they added digits in their head accomplished this task much more effectively than those who were forbidden from moving their hands.

Mental addition is – for most college students – quite a routine cognitive task. And yet, by combining bodily movement with cognitive efforts, students noticeably improved their performance.

Problems that require new insight: The solution to the “17 Sheep” problem requires a sudden AHA!, a flash of insight: the sheep pens might overlap with each other.

This study suggests that we can help our students leap to surprising new ways of thinking by inviting them to move physical objects around.

Of course, the specifics of this suggestion have yet to be researched. They will doubtless depend on the subject you’re teaching, the students you’re teaching, and your own comfort with this kind of inventive extrapolation.

Despite these uncertainties, these researchers offer us exciting new approaches for teaching both basic procedures and complex insights.

Our students may well benefit from such strategies, and from our own classroom experiments.

NEXT
Laptops in the Classroom: The Debate ContinuesR...