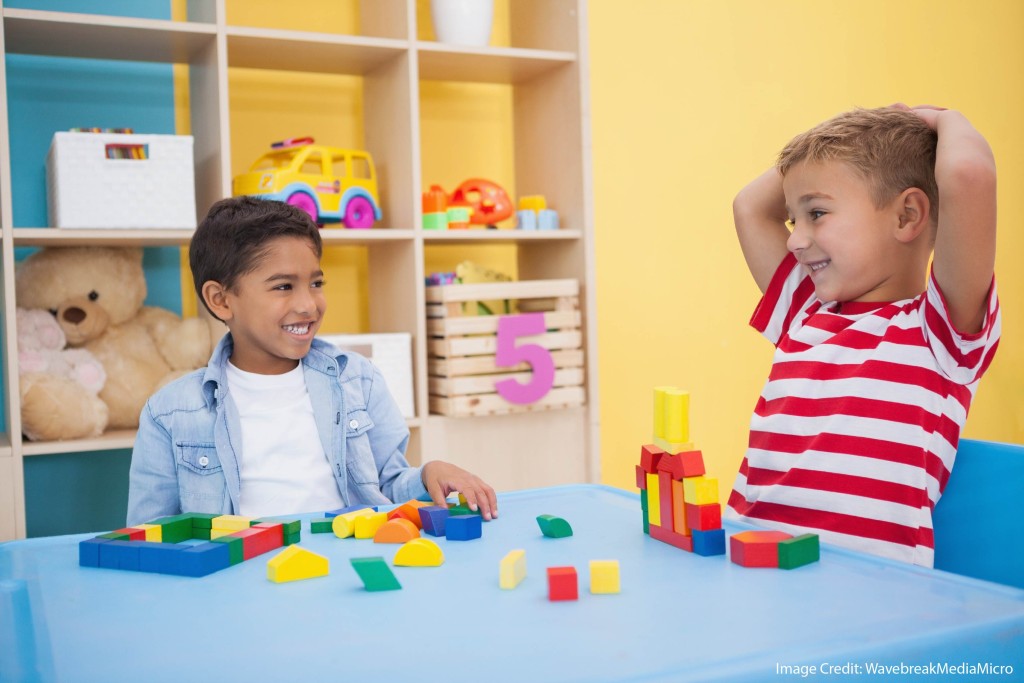 When we walk into a classroom, especially an early learning or elementary school one, manipulatives are almost always within reach. Look to your left, and notice the group of children spinning the hands on a pretend clock, trying to figure out what 6:30 should look like. Glance to you right, and watch the students sort pretend money into the dollar slots of a dinging cash register. And peer over your shoulder, as students use square, circle, and triangle magnets to create geometric worlds on a magnetic easel.

In a previous article, I discussed some of the cognitive research on problem-solving and decision-making. And while that piece focuses primarily on how conscious and unconscious thoughts make sense of questions and choices, this article turns to another important aspect of problem-solving: classroom manipulatives.

How do physical objects help us make sense of questions and concepts?

Manipulatives are a type of symbol that can take nearly any form. One of the most common types of manipulatives that we may come across are base-10 blocks; small foam squares that can be combined and separated to help students understand basic math concepts (e.g., addition). Other common manipulatives in the classroom include pretend money, model buildings, and modeling clay.

Now, fiddling with manipulatives can be pretty enjoyable; but, as a learning tool, they come with a fair amount of controversy. This is especially so with mathematics manipulatives.

The more traditional school of thought tends to suggest that manipulatives help children learn math by reducing the abstractness of math problems. [1] They do this by substituting mathematical symbols with concrete objects. For example, the symbolic character “3” can be represented with three blocks. And if you toss in another three blocks, you’ve represented both the concept of addition and “6”.

But, more recent arguments have asserted that manipulatives can only really promote mathematics learning when teachers assist children in understanding the symbolic relation between physical objects and the math concepts they represent. The dual-representation hypothesis posits that when children perceive manipulatives as only being objects (e.g., a single base-10 block as just a squishy square), it is challenging to understand their relation to the mathematical expression they represent (e.g., the number one).

One study that demonstrated just how tricky manipulatives can be investigated the ways in which elementary school students used pretend money when solving math word problems. [2]

First, fourth, and sixth grade students were asked to complete ten world problems that involved money. Half of the participating students received manipulatives: realistic bills and coins along with the suggestion that these materials could be used to help solve the problems. The other half of the students did not receive any manipulatives.

The students were also asked to show their work on their answer sheets. This allowed the researchers to analyze students’ incorrect answers to determine whether they made conceptual or computational errors.

However, even though these students made more errors overall, their written work indicated that their conceptual understanding of the word problems was the strongest of the three groups.

Thus, there appears to be somewhat of a trade-off when using manipulatives. While these materials can help students relate their learning to real-world experiences, as well as promote conceptual understandings, perceptually rich manipulatives may distract children–and that distraction ultimately results in computational errors.

Two Sides to Every Coin

Interestingly, although research suggests that physical manipulatives can be distracting in a not-so-good way, it also seems that symbols can sometimes distract in a not-so-bad way.

This finding has been shown in preschoolers who participate in the Less is More task. In this tricky game, children must point to a small tray holding two candies in order to receive a larger tray with five candies. To succeed, children must inhibit their urge to point to the tray with more candies on it when asked which one they would like.

Given that young children generally have difficulty inhibiting themselves under such conditions, one study asked whether variations of the Less is More task might reduce the affective component of the game through symbolic distancing. [3] That is, would three year olds’ performance on the task improve if the large and small quantities of candy were represented by something else?

Children were randomly assigned to one of four conditions:

It turned out that the preschoolers’ performance on the mouse/elephant condition was significantly better than on the real treat condition. In other words, children more often pointed to the mice (small symbol) in order to get the elephant (large reward) than they did the two candies (small quantity) in order to get the five candies (large quantity).

Performance on both the mouse/elephant condition and the dots condition were significantly better than the real-treat and rock conditions. It appears, then, that the use of symbols can also distract in a helpful way. In particular, symbols with greater psychological distance from their referent (i.e., the mouse and elephant seem less related to the candies than the one-to-one corresponding rocks do) can reduce the emotional component of the Less is More task.

With this buffer from the emotional temptation of the larger tray of candies, children seem better able to inhibit their instinct to point to it.

Despite the controversy that surrounds manipulatives and symbolic reasoning, most researchers seem to agree that there is a time and a place for each. And, most certainly, each has its own learning curve.

In order for manipulatives to be beneficial, researchers generally suggest that teachers:

a) should strive to explicitly connect the manipulatives to the concepts they represent; and

b) should select objects that easily allow children to understand their relation to concepts.

For example, the best math manipulatives tend to be objects that are only used for math learning (e.g., base-10 blocks); are not particularly interesting or familiar; and possess an internal structure that explicitly represents the relevant math concept.

But, when aiming to distract from emotionally-charged situations, symbols that seem unrelated to the emotionally charged object or event generally set students (especially young children) up for success.

NEXT
Against Empathy: The Case for Rational Compassion ...