If you’ve been near the internet recently, you know that Learning Styles Theory just ain’t true. 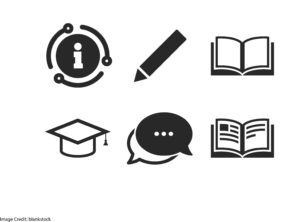 For a refresher, you could read the definitive research finding on the subject here.

Or, you could read this blog’s take on the myth.

In the world of cognitive science, “learning styles” is right up there with “flat earth.”

If we’re going to persuade people to give up this false belief, we should probably have a good understanding of their actual beliefs about learning styles.

It turns out, we’ve surveyed people about the prevalence of that belief. But, we don’t know much more than “yes” or “no” about it.

What precisely do they believe when they say they “believe in learning styles”?

A research team from Michigan wanted to know. So, they surveyed several hundred adults in the US to find out. Their results are, predictably, depressing. And also unpredictable in many ways.

So, on the depressing end of the scale: 96% of non-teachers endorse learning styles theory.

We shouldn’t feel too boastful however, because 91% of teachers do too.

Let that sink in for a moment. Imagine that 91% of doctors believed that balancing the humors would  heal their patients, and so bled people when they contracted a disease.

…people are predisposed to a learning style at birth,

…we can discover a person’s learning style when they’re quite young,

…students with different learning styles will thrive in different kinds of classrooms (and careers).

Deeper Still, Some Glimmers of Hope?

At the same time, these surveys revealed some limitations as well.

…learning styles are NOT determined at birth. (“Predisposed,” yes. “Determined,” no.),

…our learning style CAN change,

…we might have DIFFERENT learning style in various disciplines,

…learning styles don’t result from our GENETIC make-up, and

This second set of beliefs allows a little room for hope. In the first place, they contradict the beliefs listed above, and so create useful cognitive dissonance.

In the second place, they suggest some flexibility we might try to extend.

If, for instance, you DON’T believe that a learning style is determined at birth, maybe you’re can open to the idea that we all learn in multiple perceptual ways.

So too if you already DO believe that we can have more than one learning style.

If we can highlight this cognitive dissonance, and work with this kind of flexibility, we might be more effective in persuading people to move away from learning styles theories to others that have real research support.

The Michigan researchers noticed several other patterns as well.

First: they found that some people are all in on learning styles. That is, they focus on the certainty of the first list above.

But, others have more flexible, uncertain beliefs about learning styles. That is, they think of a learning style as more changeable than as fixed. (You might think of this as the “growth mindset” vs. “fixed mindset” version of learning styles beliefs–although the researchers don’t use those phrases.)

Second: researchers found, the teachers likeliest to endorse learning styles are those working with younger students.

In my view, this research suggests we really need to focus on information efforts on teachers in those years. After all, young students might be particularly susceptible to learning-styles messages from their teachers.

Third: strangely, the two most prevalent learning styles are thought to be: visual and kinesthetic.

Teachers, for instance, think that more than 90% of their students fit in those categories (56% visual; 36% kinesthetic).

For many readers, these surveys may lead to a sense of despair. So many false beliefs; so little time to correct them.

At the same time, I do think this kind of research opens real possibilities. Once we understand the details of these scientific misconceptions, we can tailor more effective efforts explain how learning really works.

NEXT
A Holiday Present for the Teacher/Skeptic (in Beta...