Your Brain Headlines of the Week 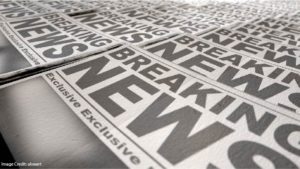 Every week generates lots of interesting research in brain-world. These headlines most grabbed my attention:

You would have made this prediction, but now you’ve got research to back up your instincts. If you’re too hot, you don’t think as well:

“During the heat wave, students in buildings without AC experienced 13.4% longer reaction times on color-word tests, and 13.3% lower addition/subtraction test scores compared with students with air-conditioned rooms. Combined, these data show that students in rooms with AC were not just faster in their responses, but also more accurate.”

By the way, we’ve got good reason to think that a student’s preferred temperature matters more than the absolute temperature.

That is: if you prefer cold rooms, you’ll think better in cold rooms. Of course, other people (like my friend Betsy, inexplicably) prefer to work in hot rooms.

By the way: “cognitive load theory” is a way of describing working memory overload. You’ve read A LOT about working memory on this blog, so this graphic might be a helpful recap/summary.

“Can the kids wait? Today’s youngsters able to delay gratification longer than those of the 1960s”

Teachers I talk with routinely lament that “kids these days just can’t control themselves the way they used to.”

That complaint is hard to measure. Recently, however, researchers have used Walter Mischel’s famous “marshmallow test” to compare. The result: today’s 3-5 year-olds waited about 2 minutes longer than their earlier counterparts.

Mischel himself — who took part in this recent study — notes that the ability to delay gratification on the marshmallow test might not automatically translate into real-life activities.

However, this research result does cast doubt on our certainty that we were so much better than today’s distractible youth…

NEXT
Can a Quick Bicycle Ride Help You Learn Better?