Bilingualism & the Brain: The Lifelong Benefits of Juggling Languages 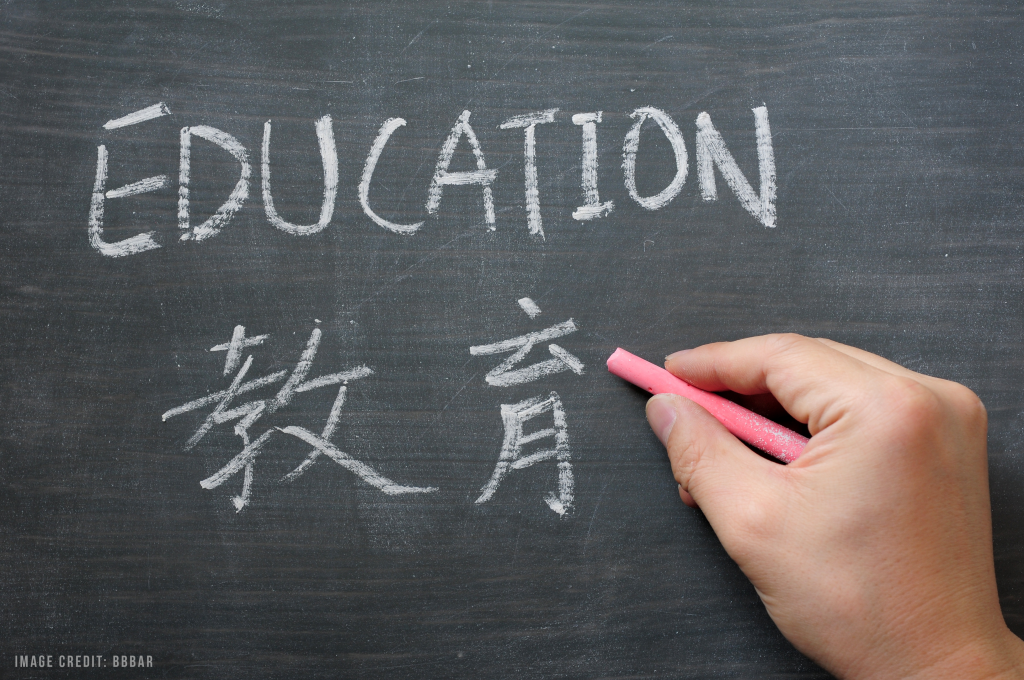 Our world is becoming increasingly globalized. This interconnectedness grants us access to languages of countries we have never been to. Through the migration of people, languages have also migrated to places they never existed even ten years ago, and many countries are now host to countless languages beyond their native tongue.

Should this change the languages that we learn to speak?

There are many obvious advantages to knowing multiple languages. When traveling, for example, you can ask where the bathroom is or how much something costs. When at the airport, you may be able to translate for a fellow passenger struggling to communicate. You can dig more deeply into a favorite story with foreign roots by enjoying it in its original language. These may be little things, but they can make life a little easier and a lot more exciting. But the perks are more profound than that.

The Cultural Value of Speaking the Language

Language is like a window into another culture’s values, history, and perspective. As such, being able to speak another language helps you connect with that culture more deeply. The range of words can give you insight into what is prioritized in a society and the nuanced synonyms can give you a sense of what concepts call for the most attention. Fluency can even provide hints about a culture’s history through the language’s evolution over time.

I lived in Thailand for two years before I made a conscious effort to learn some Thai. Learning and understanding even the basic greeting taught me so much. “Have you eaten yet”, is one of the first few things you ask someone when greeting one another. Much of Thai culture is centered around food, and they are world famous for their hospitality, so it makes sense that this would be mirrored in their language. As I continued to learn more Thai, I also learned much more about the culture that crafted the tongue.

The Complicated History of Bilingualism

Being bilingual is seen as a valuable skill and an advantage today. This, however, has not always been the case. There was a time when speaking another language in the U.S. was looked down upon (one may argue, in some places it still is). Not too long ago, when families immigrated to the U.S., in an attempt to assimilate to society, parents would sometimes not allow their children to speak their mother-tongue – even at home. My friend, whose family moved from Egypt, tells me how his parents prohibited him and his siblings from speaking in Egyptian to one another, and even remembers being smacked on occasion when he repeatedly did so.

There was a time when English language learning was not thought to be the responsibility of schools. Educators and policy makers believed that the students from language minorities should be able to do the linguistic adjustment on their own. When these children were not able to achieve academically, the parents and home environments were marked as the predominant issue. This attitude sheds light on why my friend experienced such strong reactions from his parents when he would speak Egyptian. They were afraid.

The Myth of Bilingual Deficits

Historically, there has also been a predominant fear that exposing children to more than one language at an early age will cause severe confusion and delay in language skills. Behavioral studies at the time suggested that young children’s brains were not developed enough to handle so much information, so two languages would be detrimental to brain development1.

If this were true, it’s unlikely I would be writing this essay today. Growing up, my family regularly spoke four languages. My mother spoke in Urdu to us, my father spoke in English, our nanny spoke Hindko – a language of northern Pakistan, and my parents – in an attempt to not disclose private issues, would speak to one another in Punjabi (little did they know, we picked it up quite early on). To my knowledge, all of my family members are (at least objectively) fully functioning, fully literate adults.

We now know from research that learning one or two languages results in no major differences in developmental trajectories2. Children learning two languages do sometimes struggle with “code switching”; but that just means that they may mix grammar or words from the different languages. This is a normal part of language learning and not indicative of language learning difficulties3. In early years, children’s vocabulary for each language on its own may be smaller compared to monolingual children, but when both languages are taken into account the total vocabulary is on par with monolingual children… and continues to grow4.

So knowing more than one language is awesome for traveling, meeting people from different countries, even landing some cool jobs. And being bilingual, to our knowledge, does not disrupt a child’s normal functioning. But what does bilingualism look like at the neural level? Do our brains looks different? Do we reap some benefits of knowing more than one language? Turns out, the answer seems to be yes.

The Neural Benefits of Bilingualism

There is evidence that bilingualism may improve executive functioning. Executive function is thought to be primarily housed in the front most part of the brain, in what we call the pre-frontal cortex (though research suggests it’s also part of much more complicated brain-wide networks). Executive function is a catch-all term for a lot of our cognitive processes, including working memory, reasoning, task flexibility, and problem solving as well as planning and execution – a lot of important things!

With such a wide range of executive functions, most study carve off a specific function that they’re interested in learning more about. Some studies, for example, have focused on how we process conflicting information. These researchers have found that those who were bilingual outperformed their monolingual counterparts on tasks that required conflicting information. These studies were done with the Stroop task and the “Simon Tests”, which judge how fast you respond to conflicting or confusing stimuli5.

The Stroop task consists of showing the word BLUE, for example, on a screen, but it’s written in yellow font. You must name the color of the font. and ignore the written word.
Sounds easy, but it’s difficult to do it with speed and accuracy when the color and word do not match. Try the test here.

This requires some inhibitory control as you are receiving competing perceptual information. Bilinguals were found to be better than monolinguals at tasks that used inhibitory control, and also at switching between two tasks in terms of speed and accuracy.

Apart from being better at sorting out conflicting information, other studies have found that bilinguals are also better able to filter out noise and distractions. On average, they seem to have the ability to exhibit greater focus regardless of what is going on around them. At a basic level, bilinguals seem have a heightened ability to monitor their environment.

Scientists theorize that the switching between languages quite often requires a “hyperawareness,”; it’s possible that the bilingual brain is primed to quickly code switch, or pick up what language is being spoken. In this study bilinguals both performed better and had less activity in the parts of the brain associated with monitoring. This may indicate that they are able to toggle between the two more efficiently and with less cognitive demand5.

So far we’ve discussed how being bilingual may improve executive function by having greater inhibitory control, being better able to switch between tasks, being able to filter out distractions and having a heightened ability to monitor their environment.

What else can it do? Turns out gives us some long-term aging benefits too.

How Bilingualism May Preserve the Brain

A growing body of evidence seems to indicate that language multiplicity can delay the onset of dementia by up to 5 years! In multiple studies Alzheimer patients who were bilingual reported the onset of symptoms at 77.7, whereas most monolinguals reported them at 72.6. Of course, it’s important to acknowledge that many of these studies are correlational. However, what’s particularly interesting is that in follow up studies it was found that the brains of the bilingual people actually had twice as much physical atrophy in regions associated with Alzheimers. Interestingly, despite the bilinguals’ higher amount of atrophy, they performed on par with monolingual counterparts who had less diseased brains6. This suggests that the bilingual brain may be excellent at consolidating resources, requiring less healthy tissue to achieve the same results.

Although scientists don’t fully understand why this is the case, some assume that it has something to do with how language shapes the brain. Some theorize that speaking two languages increases blood and oxygen flow to the brain, keeping nerve connections more “fit” and active in a sense5.

In studies at Harvard they found that bilinguals seem to have more white matter in their frontal lobes (remember this is where our executive function area is) and temporal lobes (which is an area important to language)7. White matter is essentially the long fibers (axons) that connect cells in the brain, kind of like a communication pipeline. More white matter suggests more connections. These studies support previous studies that show that bilingualism may shape the brain function and structure in a unique way.

The Future of Bilingualism

After reading this you may think, well hey, I should really take up Spanish or maybe I shouldn’t have slacked off so much in class.

Unfortunately, that doesn’t seem to be how this works.

Professor Gigi Luk, from Harvard University, focuses on research on bilingualism. Her findings show that many of the benefits described are connected to a lifelong language experience that begins in childhood and continues through adulthood7. During childhood, the brain is in great flux, and it may be that language has a particular influence on brain networks during that stage, which can result in major benefits later in life. While it doesn’t seem like brushing up on that Spanish or French will help in this regard, it couldn’t hurt.

What we can take away, however, is just how much of a gift it may be to teach multiple languages to our students. While it may take a bit longer for them to reach full mastery of either language, once they do, and if they continue to practice both throughout their life, the richness of their global experience and the socio-cultural doors that will open to them are countless. With research pointing to its cognitive benefits, and our world becoming increasingly culturally interconnected, it seems clear that the goals of education align with the potential of bilingualism.

Children can’t typically make this choice for themselves, so it’s up to us to work towards a system that gives them the best of what education can offer.

One Response to Bilingualism & the Brain: The Lifelong Benefits of Juggling Languages

PREVIOUS
Practice Mindfulness to Teach Mindfulness
NEXT
The Science Of Homework: Why Timing is Everything