Advice: It Is Better to Give than Receive

When students struggle, we typically offer them advice. It seems obvious to think that receiving advice might help them learn. 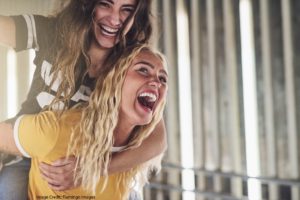 What if we tried a different approach? What would happen if we thought that giving advice might help students learn?

Working at a computer, students offered advice to “an anonymous younger students who was hoping to do better in school.” Specifically, they answered 14 questions on how and where to study.

The Theory Behind The Practice

First: they might actually believe the advice they offer. (Psychologists call this the “saying is believing” effect.)

Second: when they offer this advice, they might come up with specific plans to apply it to their own studying.

The researchers kept track of grades in two courses: a) math, and b) a course that students themselves identified as one in which they particularly wanted to improve.

On the graphs, the 3rd quarter grades in the advice group look about 1 point higher than those in the control groups. In stats terminology, Cohen’s d was 0.12 for the class the students chose, and 0.10 in math class.

Did those effects last? Not really. By the end of the 4th quarter, the differences were no longer statistically significant.

At first, these data seem quite discouraging. The intervention didn’t make much of a difference, and didn’t make a lasting difference.

First, most interventions have no effect at all. A small effect is better than none.

And, second, most interventions cost a lot. This one cost … [does quick calculation on back of envelope] … practically nothing. Even the opportunity cost is small: the whole exercise lasted eight minutes!

I suspect that other researchers will pick up on this approach, and we’ll see other studies exploring it. (Joshua Aronson tried a similar strategy to combat stereotype threat back in 2002, and had similarly good results.)

In the meantime, what should teachers do?

First, I think we can adapt this approach to our own work. If our schools have a mentoring program, or a buddy system–or, heck, if our students have younger siblings, we’ve got a natural opportunity for this confidence-building approach.

Second, I think we ought to offer students some guidance about the advice they give. If the “saying is believing” effect consolidates beliefs about learning styles, for example, that would be counter-productive. A small menu of suggestions might be good for everyone involved.

Third: if an eight-minute intervention had an effect that lasted a few months, surely we could create more than one opportunity to give advice. Repeated doses of this educational medicine might be lots more helpful than just one.

If you try this approach in your classrooms, I hope you’ll let me know about your results.

PREVIOUS
What Students Want to Know about Brains and Learni...

NEXT
The Deepest Well: Healing the Long-Term Effects of...