Whenever we put a lot of effort into a project, we really want to believe that it helped. 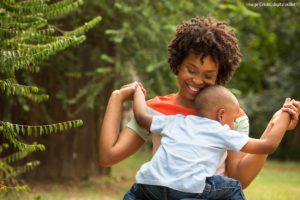 For that reason, we might somehow overlook the signs that our efforts fell short. Or, we might exaggerate skimpy data to suggest that we succeeded.

To overcome these all-too-human tendencies, we need well designed research to gather and analyze data. The only way to demonstrate success is to look hard for failure.

Taking It Up a Notch

To look especially hard for failure, we might look at two different kinds of evidence.

For example: does self-control training work?

To answer this question, let’s start by having 11-year-olds go through a self-control training program. At the same time, we’ll identify a control group that doesn’t get the training.

We can see if the training worked in two different ways.

First: several years later, have those children (now 25 years old!) provide information about their lives. Have they completed high school? College? Do they have a job? Have they been arrested? Do they frequently get in fights?

We can also have their parents fill out similar surveys. Oh, and we’ll have the control group fill out surveys as well.

Are the children who got self-control training likelier to have more education and a job? Less likely to harm themselves and others? If yes, those differences suggests that they used those self-control strategies well.

Second: we can look at their brains.

In particular, we have decades of research showing the importance of a particular brain region for self control.

That brain region is in the middle (medial) part of the underside (ventral) of the PFC. So, we call it the ventromedial prefrontal cortex: vm-PFC. (Important note: neuroscience is fantastically complicated. This summary is a very streamlined version of a wildly intricate web of brain connectivity.)

So, after we survey the students who went through self-control training, we can have them hang out in a functional magnetic resonance imaging (fMRI) gizmo.

Our hypothesis: trained students should have better vm-PFC connectivity between the PFC and brain regions that process emotions.

A team of 14 researchers have in fact done all that.

An organization in rural Georgia called “Strong African American Families” wanted to improve the prospects of children living in poverty. They developed a program that included training for parents, and for their 11-year-old children.

Parents learned about “emotional support, [and] high levels of monitoring and control.”

The children “focused on forming goals for the future and making plans to attain them.” They also learned about strategies to use when encountering racism.

14 years later (!!), the researchers gathered both kinds of data described above. That is: the children (now 25) filled out surveys. And the had an fMRI scan to measure vm-PFC connectivity.

Sure enough, both measures suggested that the training made a real difference.

That is: the children who had the training did better on measures of adult self-control. And, they had higher levels of vm-PFC connectivity.

The program run by Strong African American Families was tailored to the circumstances of its participants. We should not, in other words, conclude that their program will work for everyone.

But: we have quite persuasive evidence that their program had the effects it intended — poor children grew up as more responsible adults than un-trained peers.

And: we have a good neurobiological explanation for the different behavior — their altered life trajectory included developmental differences in the vm-PFC.

All these findings give us hope that well designed self-control programs can indeed have the effect that we want them to. That’s not just wishful thinking.

PREVIOUS
Putting The Canary on a Better Book Shelf

NEXT
Debunking Education Myths (Without Accidentally Re...