Is Failure Productive? (Hint: We Should Ask a Better Question)

Do students learn better after they experience failure? Two recent studies over at The Science of Learning help us answer that question. 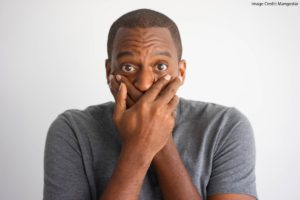 In the first study, professors in a Canadian college wanted to help their Intro Bio students learn difficult concepts more effectively. (Difficult concepts include, for example, the “structural directionality of genetic material.”)

They had one Intro Biology section follow a “Productive Failure” model of pedagogy. It went like this.

First, students wrestled with conceptual problems on these difficult topics.

Second, they got in-class feedback on their solutions.

Third, they heard the professor explain how an expert would think through those topics.

Another Intro Bio section followed these same steps but in a different order:

First, they heard the professor explain how an expert would think .

Third, they got in-class feedback on their solutions.

So, all students did the same steps. And, they all followed an “active pedagogy” model. But, one group struggled first, whereas the other group didn’t.

This answer proves to be unusually complicated to determine. The researchers had to juggle more variables than usual to come up with a valid answer. (If you want the details, click the link above.)

On the next major test, students who experienced productive failure learned more.

On the final exam, however, only the “low performing” students did better after productive failure. For the middle- and upper- tier students, both strategies worked equally well.

Instead, we’re on safer ground to say that – over the longer term – productive failure helps “low performing” students learn (compared to other kinds of active learning).

But Wait, There’s (Much) More

Two weeks after they published the study about Canadian college students in Biology classes, Science of Learning then published a study about German fifth graders learning fractions.

In particular, these researchers wanted to know if students learned better after they struggle for a while. (Again, for details click the link.)

In this case, the answer was: nope.

So, we arrive at Conclusion #2:

Some college students, but not most, learned more from productive failure in a biology class – compared to those who learned via other active learning strategies.

However, fifth graders did not learn more about fractions – compared to those who learned via direct instruction.

When teachers come to research-world, we can be tempted to look for grand, once-and-for-all findings.

A particular study shows that – say – students learn better when they use an iPad to study astronomical distances. Therefore, we should equip all our students with iPads.

We should assume that results vary depending on lots of highly specific conditions. And therefore, we should seek out research that includes students (and classroom subjects) as much like our own as possible.

And so: if you teach biology to college students, you might give the first study a close look to see if its methods fit your students well. (Given that it worked particularly well with struggling students, that variable probably matters to you.)

If, however, you teach fractions to fifth graders, you should probably hold off on productive failure – unless you find several other studies that contradict this one.

In other words: teachers can learn the most from psychology and education research when we investigate narrow and specific questions.

A final thought. I’ve only recently come across the website that published these studies. Congratulations to them for emphasizing the complexity of these research questions by publishing these studies almost simultaneously.

NEXT
Working Memory Overload Throws Neurons Out of Sync...